Skip to content
The Artsy Reader Girl is the new host of the weekly meme Top Ten Tuesday.
Each week she nominates a topic to encourage those of us who love a good list to get all listy.
This week it’s all about the Villains.
Those bookish characters you love to hate or hate to love.

10.
Dr Frankenstein and his monster.

Both misunderstood, unable to communicate to each other, but ultimately unable to accept personal responsibility for the way things went pear-shaped.

“Hateful day when I received life!’ I exclaimed in agony. ‘Accursed creator! Why did you form a monster so hideous that even you turned from me in disgust? God, in pity, made man beautiful and alluring, after his own image; but my form is a filthy type of yours, more horrid even from the very resemlance. Satan had his companions, fellow-devils, to admire and encourage him; but I am solitary and abhorred.” 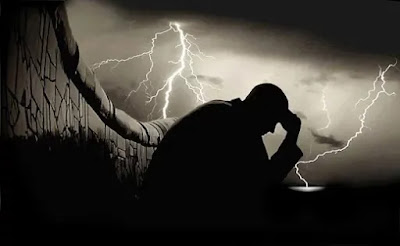 9.
Rachel from My Cousin Rachel

“How soft and gentle her name sounds when I whisper it. It lingers on the tongue, insidious and slow, almost like poison, which is apt indeed. It passes from the tongue to the parched lips, and from the lips back to the heart. And the heart controls the body, and the mind also. Shall I be free of it one day? In forty, in fifty years? Or will some lingering trace of matter in the brain stay pallid and diseased? “

“Oh, he’s a monster. Pure psychopath. So rare to capture one alive. From a research point of view, Lecter is our most prized asset.”

7.
Cathy Ames from East of Eden
A women who made an art of manipulation, lying and uber-selfishness.

I believe there are monsters born in the world to human parents. Some you can see, misshapen and horrible, with huge heads or tiny bodies. . . . And just as there are physical monsters, can there not be mental or psychic monsters born? The face and body may be perfect, but if a twisted gene or a malformed egg can produce physical monsters, may not the same process produce a malformed soul? 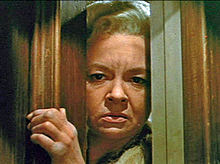 5.
Randall Flagg, the Walking Dude, the Man in Black from The Stand and several other Stephen King books.

“He looks like anybody you see on the street. But when he grins, birds fall dead off telephone lines. When he looks at you a certain way, your prostate goes bad and your urine burns. The grass yellows up and dies where he spits. He’s always outside. He came out of time. He doesn’t know himself.” 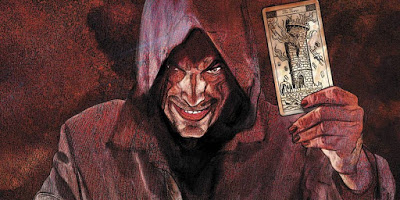 “He watched her pretty and unconscious munching through the skeins of smoke that pervaded the tent, and Tess Durbeyfield did not divine, as she innocently looked down at the roses in her bosom, that there behind the blue narcotic haze was potentially the “tragic mischief” of her drama – one who stood to be the blood-red ray in the spectrum of her young life.”

“Granted that they do have intelligence; then that would leave us with only one important superiority–sight. We can see, and they can’t. Take away our vision and our superiority is gone. Worse than that–our position becomes inferior to theirs because they are adapted to a sightless existence and we are not. In fact, if it were a choice for survival between a triffid and a blind man, I know which I’d put my money on.”

“He disappeared after leaving school … traveled far and wide … sank so deeply into the Dark Arts, consorted with the very worst of our kind, underwent so many magical transformations that when he resurfaced he was barely recognisable.” 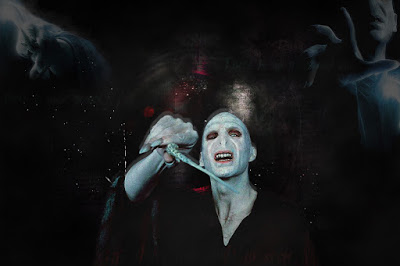 1.
Sauron from the Lord of the Rings trilogy

“But Sauron was not of mortal flesh, and though he was robbed now of that shape in which had wrought so great an evil, so that he could never again appear fair to the eyes of Men” 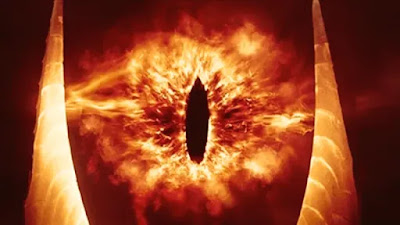