Skip to content
“Most of us have only one story to tell.“ 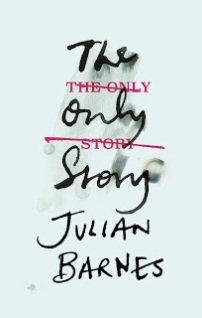 One of the things I love about Barnes is his ability to play with memory, perspective and truth. The Only Story begins with the promise of just such a story. An unfulfilled man looking back on the main love of his life, what happened, how he felt and how it may have appeared to other people,

do all these retellings bring you closer to the truth of what happened, or move you further away?

Barnes has told Paul’s story in three acts. The first and last were what I expected from him, but the middle section seemed to waffle off with very little point. Perhaps the second person narrative that was woven into this section didn’t work for me? I do often struggle with it. (The first act was in first person (I, we), the second in second (you) and the third in, you guessed it, third person (he, she, it)!)

Because of it’s similarities to A Sense of An Ending I was waiting for the ah-ha moment as false memory was revealed. However, The Only Story was more gentle and subtle than that. Paul was also a more honest and reliable narrator than Tony. By the third act we realised that he had a lot of time on his own to think things through and work stuff out.

Memory sorts and sifts according to the demands made on it by the rememberer.

The demands of time, maturity and repetition all change our stories so that our memories evolve right along with the rest of us. Sometimes this enhances elements barely acknowledged at the time or renders once significant moments to footnotes in one’s history. This is what Barnes plays with so beautifully.

Although not as satisfying or gratifying as A Sense of an Ending, The Only Story provides a more subdued, mature pleasure that leaves us, like Paul, feeling contentment with less.

P.S.
From the wiser, more mature perspective of a 50 year old, with a houseful of young adults (there are only two of them, but they consume enough for a couple of housefuls!) I found myself nodding sagely in agreement with Paul’s comment early on,

now that I am older, I realise that this is one of my human functions: to allow the young to believe that I envy them.

3 thoughts on “The Only Story by Julian Barnes”