I’m (very) slowly making my way through the Nobel Prize winners. Reading the Nobel’s hasn’t been as enlightening as I had first hoped. I’m still trying to work out why. So I thought I’d start at the very beginning to see if that helps.
It turns out that Alfred Nobel’s family contested his will after he died in 1895. They were very unhappy that he had left most of his wealth to the establishment of the prize. It took five years for the issue to be resolved and the prizes awarded.
Alfred Nobel’s will:

dictates that his entire remaining estate should be used to endow “prizes to those who, during the preceding year, shall have conferred the greatest benefit to mankind.”

…one part to the person who shall have produced in the field of literature the most outstanding work in an ideal direction.

Sully Prudhomme was the very first recipient of the Nobel Prize for Literature in 1901. 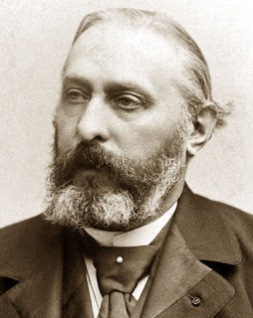 He received the award,

in special recognition of his poetic composition, which gives evidence of lofty idealism, artistic perfection and a rare combination of the qualities of both heart and intellect.

Sully Prudhomme has an introvert nature as sensitive as it is delicate. His poetry is rarely concerned with images and exterior situations as such, but principally with the extent to which they can serve as a mirror of poetic contemplation. The love of the spiritual, his doubts, his sorrows, which nothing earthly can dissipate, are the usual subjects of his work which, in its finished form and sculptural beauty, suffers no useless word. His poetry appears in exuberant colours and only rarely takes on the character of melodious music; but it is all the more plastic in the creation of forms suited to expressing feelings and ideas. Noble, profoundly pensive, and turned toward sadness, his soul reveals itself in this poetry, tender yet not sentimental – a sorrowful analysis which inspires a melancholy sympathy in the reader.

The Swedish Academy has been less attracted by his didactic or abstract poems than by his smaller lyric compositions, which are full of feeling and contemplation, and which charm by their nobility and dignity and by the extremely rare union of delicate reflection and rich sentiment.

Enough said!
Here are three of his poems and you can decide for yourself.
BESIDE THE WATER

The sound of bank and water is all I hear,
The sad resignation of a weeping spring
Or a rock that hourly sheds a tear,
And the birch leaves’ vague quivering.

I do not see the river bear the boat along
The flowering shore flits past, and I remain;
And in the watery depths that I skim,
The reflected blue sky flutters like a curtain.

Meandering in their sleep, you might say the waters
Waver, no longer sure where the bank lies:
And the flower thrown in hesitates to choose.
And like this flower, all that man desires
Can settle on the river of my life,
Without teaching me which way my wishes lie. 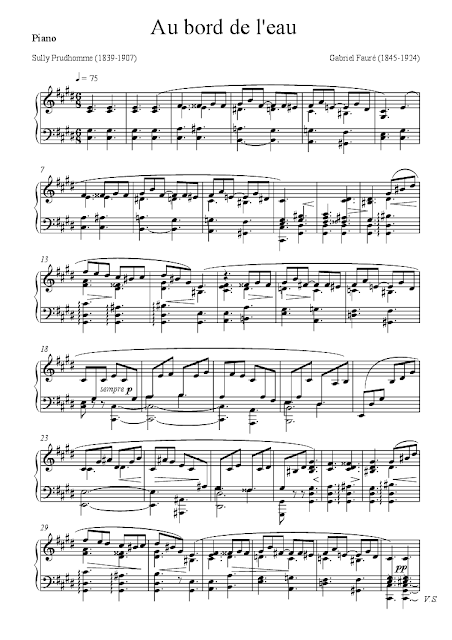 The vase where this verbena is dying
was cracked by a blow from a fan.
It must have barely brushed it,
for it made no sound.

But the slight wound,
biting into the crystal day by day,
surely, invisibly crept
slowly all around it.

The clear water leaked out drop by drop.
The flowers’ sap was exhausted.
Still no one suspected anything.
Don’t touch! It’s broken.

Thus often does the hand we love,
barely touching the heart, wound it.
Then the heart cracks by itself
and the flower of its love dies.

Still intact in the eyes of the world,
it feels its wound, narrow and deep,
grow and softly cry.
It’s broken. Don’t touch! 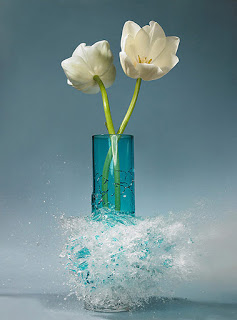 NEVER TO SEE OF HEAR HER

Never to see or hear her,
never to name her aloud,
but faithfully always to wait for her
and love her.

To open my arms and, tired of waiting,
to close them on nothing,
but still always to stretch them out to her
and to love her.

To only be able to stretch them out to her,
and then to be consumed in tears,
but always to shed these tears,
always to love her.

Never to see or hear her,
never to name her aloud,
but with a love that grows ever more tender,
always to love her. Always!

Rene Francois Armand (Sully) Prudhomme was born in Paris in 1839 and died there, after a long period of ill health, in 1907. He originally studied to be a engineer, and briefly worked in a solicitor’s office, but eventually turned to philosophy and poetry. He intended to create scientific poetry to suit modern life.

He was part of the Parnassian school of writing which arose in reaction to the excess emotions at work in the Romantic movement. Parnassian’s represented restraint, objectivity and precise wording. Technical perfection was the aim; elegance and balance the objectives.