Skip to content
#6degrees is a monthly meme hosted by Kate @Books Are My Favourite and Best.
Oftentimes I haven’t read the starting book for this meme, but I can assure you that I only play the next 6 books with ones I have actually read.
If I’ve read the book during this blogging life, then I include my review link, otherwise, you just have to take my word for it!
This month the starting book is Steve Martin’s Shopgirl.
Are you game?
Shopgirl is a book unknown to me, but that has never stopped me from joining in #6degrees before!
Steve Martin is a comedian who unexpectedly turned to writing novels later in life – which seems like the best first link I can make – to another comedian turned author, Ben Elton. 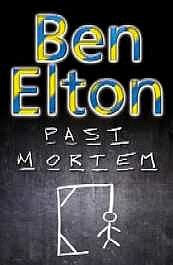 I’ve only ever read one of his books, Past Mortem.
I remember nothing about it at all except that Elton used the School Friends Reunited website to (re)connect his main characters. Considering this is a crime thriller, you can safely assume that the reuniting part didn’t end well for many of the characters!
The friendships in Past Mortem were fairly toxic and dysfunctional, so let’s flip this, for link no. 2.
I’m currently reading the ultimate book about real and true friendship.
Friends that are loyal, steadfast and courageous.
These friends also just happen to be hobbits.

Stephen King’s The Stand is the ultimate good versus evil story.
And he planned it that way –

For a long time—ten years, at least—I had wanted to write a fantasy epic like The Lord of the Rings, only with an American setting. I just couldn’t figure out how to do it. Then . . . after my wife and kids and I moved to Boulder, Colorado, I saw a 60 Minutes segment on CBW (chemical-biological warfare).

I never forgot the gruesome footage of the test mice shuddering, convulsing, and dying, all in twenty seconds or less. That got me remembering a chemical spill in Utah, that killed a bunch of sheep (these were canisters on their way to some burial ground; they fell off the truck and ruptured).

I remembered a news reporter saying, ‘If the winds had been blowing the other way, there was Salt Lake City.’

This incident later served as the basis of a movie called Rage, starring George C. Scott, but before it was released, I was deep into The Stand, finally writing my American fantasy epic, set in a plague-decimated USA.

Only instead of a hobbit, my hero was a Texan named Stu Redman, and instead of a Dark Lord, my villain was a ruthless drifter and supernatural madman named Randall Flagg. The land of Mordor (‘where the shadows lie,’ according to Tolkien) was played by Las Vegas.

This is also a road trip book – the journey is informed by the environment and the characters grow and develop thanks to their experiences along the way. Which brings me to one of my all time favourite road trip stories.
Or more accurately in this case – a river trip.

The Adventures of Huckleberry Finn was my first full-on encounter with characters speaking in local vernacular. Some people struggle with this, but curiously I felt very comfortable with it.
Which helped me when I read Their Eyes Were Watching God by Zora Neale Hurston for the first time. I say the first time, because I adored this story so much that I know in the deepest part of my soul that this will be the first of many rereads.

Another first time read that has planted itself deep in my soul, waiting for its chance to be reread is Graham Swift’s extraordinarily beautiful novella, Mothering Sunday. This is one of my few #6degrees posts that doesn’t feature at least one Australian book.
Instead I went from an unknown, unread book, through some of the most popular books in modern history, to a much loved and hope to reread as many times as I possible personal favourite.
Where did you end up this month?