#6degrees is a monthly meme hosted by Kate @Books Are My Favourite and Best.
Oftentimes I haven’t read the starting book for this meme, but I can assure you that I only play the next 6 books with ones I have actually read.
If I’ve read the book during this blogging life, then I include my review, otherwise, you just have to take my word for it!
This month the starting book is Room by Emma Donaghue.
Are you game?

Room by Emma Donoghue was one of those books that I read when this blog was still mostly about kids book, so my review was very quick and simple and combined with several other books. The back blurb about a young woman and her child being locked away in a room by an unknown abductor, kept me at bay initially. However, when it was shortlisted for the 2010 Man Booker Prize, I decided to read it.
And I loved it – in a sad, horrified, tragic kind of way.
While I understood completely why it didn’t win the Booker that year, I preferred it (by far) to the book that did win (The Finkler Question).

The same thing happened in 2002.
I loved and adored Tim Winton’s Dirt Music. Yes, it was flawed (especially the cheesy, OTT ending) but Dirt Music is probably my favourite Winton to date. And I far preferred Dirt Music to the ultimate Man Booker winner for 2002 – The Life of Pi – which I have never been able to read, even though I’ve tried several times.
I simply cannot get past page 2.
But I did love the movie.

It’s not often that I prefer the movie to the book. The only other one I can think of was Out of Africa.
I tried to read the book a couple of times in my younger years, but Meryl Streep and Robert Redford kept getting in the way. However, I am now reading Out of Africa for my latest #CCspin. 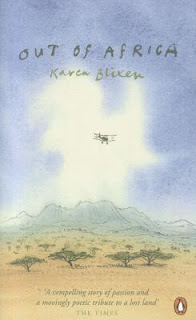 Obviously, for me, this was a book that I needed to be a more mature reader to appreciate properly.
It’s gentle pace and many descriptions of the people and places in Kenya didn’t appeal to my younger self.

Meryl Streep is my next link to another movie /book combo that had a big impact on me.
The French Lieutenant’s Woman by John Fowles. 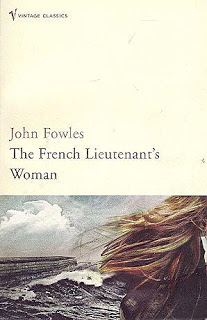 The book and movie were very different beasts.
The book was historical fiction, full of moral dilemma’s about the role and place of women in society, double standards, psychology and complicated relationships.
The movie was too, but it added the extra complication of being a modern movie about people making a movie about TFLW. Both were set in Lyme Regis.
Jane Austen’s Persuasion featured a very famous scene set on The Cobb at Lyme Regis (click on the link above for TFLW to see my photos of these places when I visited Lyme in 2007).
Foolish Louisa Musgrove, in an attempt to impress her man, jumped from the steps on The Cobb into the waiting arms of her lover.
But she jumped too high and too soon. Literature abounds with women doing foolish things in an attempt to impress their lover – or their wanna be, hopeful, future lover as the case may be.
Jane Austen has many of these women in her books, but I’ll go off on a little tangent and target a very modern fool for love instead – Bridget Jones. 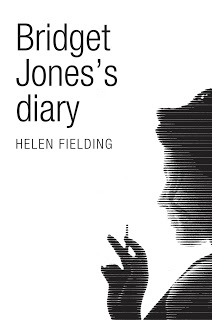 Helen Fielding used Austen as her template when she created Bridget Jones’s Diary – the story of a young, single London woman trying to find love in all the wrong places.

Finding love in all the wrong places reminds me of the rather saucy book I read when I went to the UK in my early twenties. Forever Amber by Kathleen Winsor was a pot-boiler in its time, but felt quite tame by the time I read it in the early 90’s. 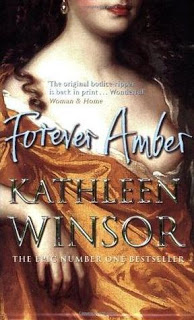 Where did your #6degrees chain take you?

Next month the starting book will be The Slap by Christos Tsiolkas.