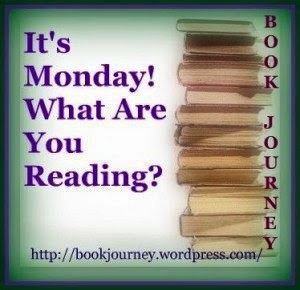 It’s Monday! What Are You Reading? has rolled around once again.

This week I have a few books left from last week plus a few newbies.

Instead I read a wonderfully engaging free-range read about Sydney (see review below).

Sunday evening usually sees me playing around with book choices for the week. I try a few bits and pieces & see which one sticks.

This week we have these contenders….

Weary of his life with his alcoholic, abusive father, sixteen-year-old Billy packs a few belongings and hits the road, hoping for something better than what he left behind. He finds a home in an abandoned freight train outside a small town, where he falls in love with rich, restless Caitlin and befriends a fellow train resident, “Old Bill,” who slowly reveals a tragic past. When Billy is given a gift that changes everything, he learns not only to how forge his own path in life, but the real meaning of family.

The Life and Crimes of Harry Lavender by Marele Day (Australian, crime)

Mark Bannister, writing ‘the bestseller of the century’ is dead at his computer, a murder so perfect that Claudia Valentine smells a rat and wants it caught. The chase leads deep into the murky underworld of Sydney. Bright, tough Claudia must play a deadly high-tech game of cat and rat with a corrupt menacing crime lord.

Rowland Sinclair is an artist and a gentleman. In Australia’s 1930s the Sinclair name is respectable and influential, yet Rowland has a talent for scandal.

Even with thousands of unemployed lining the streets, Rowland’s sheltered world is one of exorbitant wealth, culture and impeccable tailoring. He relies on the Sinclair fortune to indulge his artistic passions and friends … a poet, a painter and a brazen sculptress.

Mounting tensions fuelled by the Great Depression take Australia to the brink of revolution.

The sky was pitch, and gashed by lightning; loutish waves rose and slumped heavily as mudslides. At a moment when she was filled with desperation, Maddy opened her mouth and yelled for Feather. And half-expected him to appear, because she wanted him so much.

Maddy yearns for life to be mystifying, to be as magical as a fairy story. And then one day, on the beach, she meets the strangest young man she has ever seen.

The Ghost’s Child is an enchanting fable about the worth of life, and the power of love.

The Classics Club spin was spun last Monday…and this time around it’s lucky number #13.
Which means that I will be reading Vile Bodies by Evelyn Waugh before Jan 2015.

Until then, happy reading!