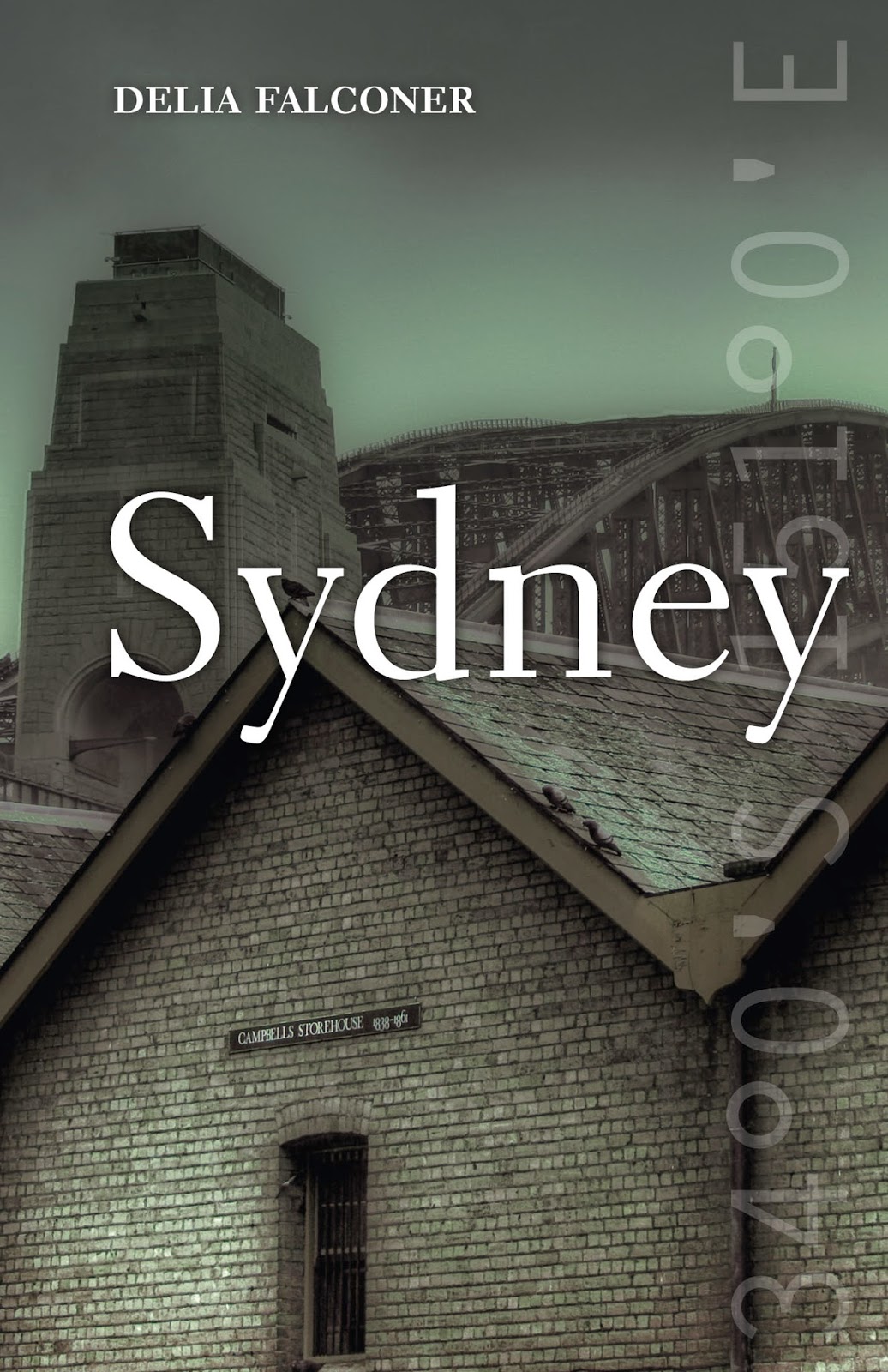 Sydney was not on my TBR list for this week, or for my AusReading Month.
But my free-range reading habits kicked in on Wednesday…& Sydney by Delia Falconer was the result.

I was heading into The Museum of Sydney for the Harry Seidler Painting Towards Architecture exhibition, when I realised I didn’t have a book for the ferry trip (or the coffee shop I planned to stop at en route!)

I have several of the City series of books from NewSouth Publishing on my TBR pile, but have only read Adelaide so far.

I did start Sydney over two years ago.

It stayed in my backpack for the days I took an excursion into the city to check out an exhibition or stroll the Botanic Gardens. I had made my way throughthe first few chapters when a household clean-up at some point, removed the book from my backpack onto a bookshelf….where it languished forgotten, until Wednesday.

It was the perfect accompanionment.

I thought I would just glance at the previously read chapters to remember where I was up to. But instead, I found myself poring over every single page, devouring Delia’s stories with relish (& a good coffee from The Governor’s Table).

My trip to the Harry Seidler exhibition will appear on my other blog (eventually). For now let me rave a little more about Sydney.

Falconer is of a similar age to myself – her Sydney – her generation is also mine.

I did not grow up in Sydney, but we lived on the Central Coast for most of the 70’s.
I also have a sister who required ongoing medical & dental treatment from 6mnths of age. This meant we had regular trips into Sydney to visit doctors and dentists. We usually travelled by train.
I never tired of that amazing moment when Sydney Harbour finally came into view – the bridge, the Opera House & Luna Park out the other window. 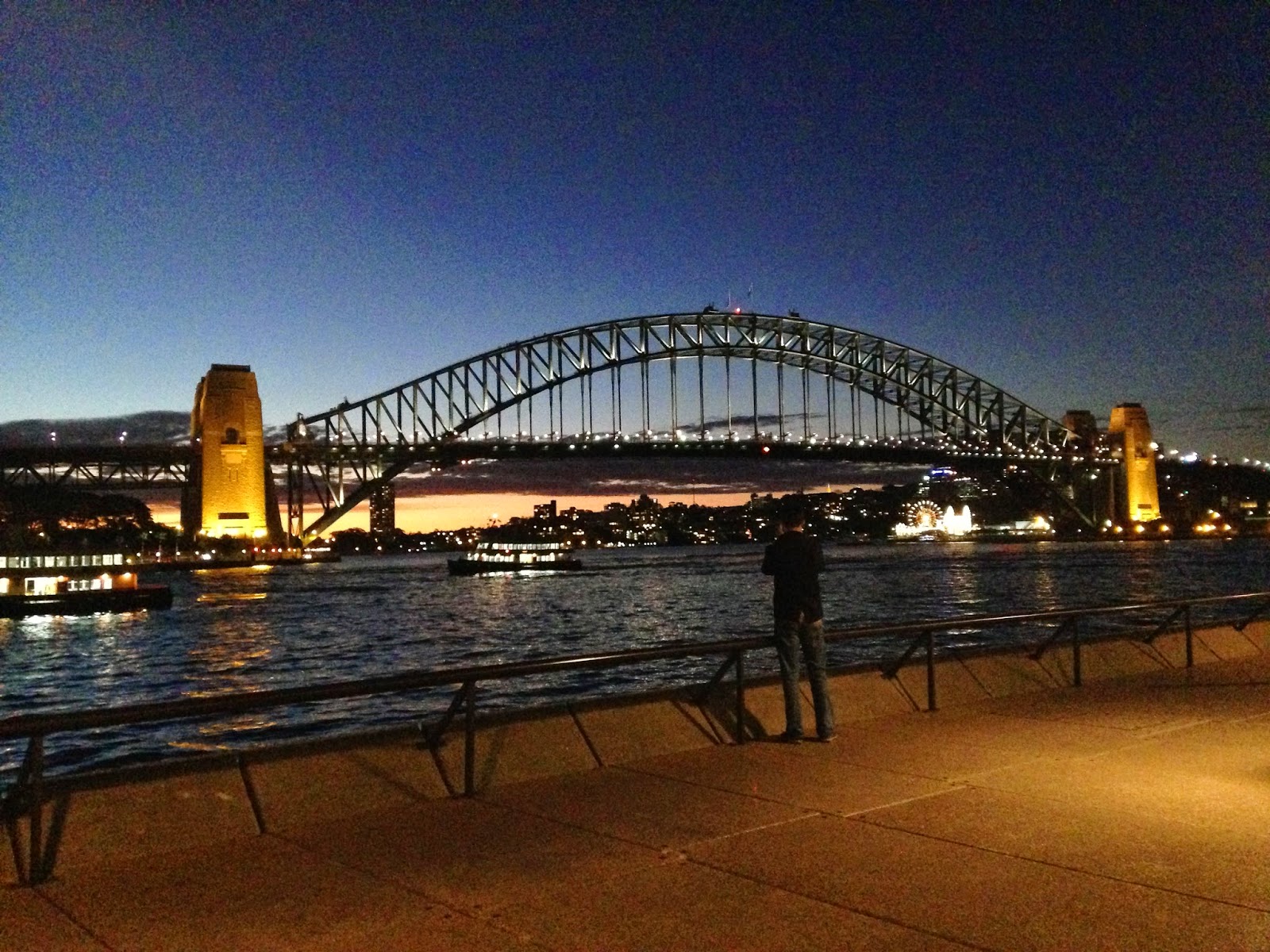 Some visits were quick in & out trips – harried, hurried trips with prams and babies, negotiating the forbidable smells in Wynyard Station, dusty Martin Place crowds & the intimidating Georgian arcitecture of Macquarie St specialists.

But other times we explored.

We took ferry & hydrafoil trips across to Manly, we walked through the safe end of Hyde Park to enjoy the cool shade under the avenue of trees, we strolled through David Jones admiring things we could never afford & occasionally, on those very special trips, we found an old milkbar with speckled mirrors & long booths & pictures of the old country to enjoy a creamy milkshake.

Over the years we dodged flashers in the park, drunks in Martin Place and homeless men in the echoey, smelly caverns that were our underground train stations. We spotted politicians & news readers walking the streets.

Our visits often coincided with special events (I wonder now if mum planned them that way?)
As teenagers we witnessed the grand re-opening of the Queen Victoria Building. We watched the Queen offcially open Darling Harbour. We went up CentrePoint Tower within months of it opening. We rode the monorail to nowhere.

My knowledge of Sydney is not as intimate as Falconer’s, but we share a love of jacaranda’s, Sydney sunsets, the Rocks & the (once) grimy, dangerous Inner West suburbs.

Early on, she reflects,

Ask anyone who lives in a large city to describe ‘their’ town and it will probably be the city of their early twenties, when their generation seemed to own it.

Twenty-somethings all around the world, in big cities and small villages probably feel the same thing. The place where you come of age is significant. It becomes a part of your personal story. It means something.
That’s the beauty of what Falconer has produced here. A personal, meaningful memoir that doubles as a homage to this city of “such staggering beauty and richness.” A homage that embraces the grimy, the dodgy & unsavory elements

for every golden dusk, or street of flowering gums, there will be a factory or endless run of discount liquor barns, fast food joints and car yards.

Falconer also helps us to see Sydney through the eyes & words of her artists, poets and authors. Watkin Tench, William Dawes, Kenneth Slessor, Ruth Park, Patrick White, Harry Seidler, Brett Whiteley, Peter Solness & Peter Carey are all referenced and placed in situ.
Sydney was a rich, rewarding excursion into my childhood & Falconer’s. It is also a wonderful history & cultural exercise written by someone who loves this city, warts and all.

The thing about this city is that you always feel the dark pull of the earth, along with the urge for sea & sun.

Sydney is part of AusReading Month and Non-fiction November.