For some reason I was confused about Au Revoir, Crazy European Chick at the start. 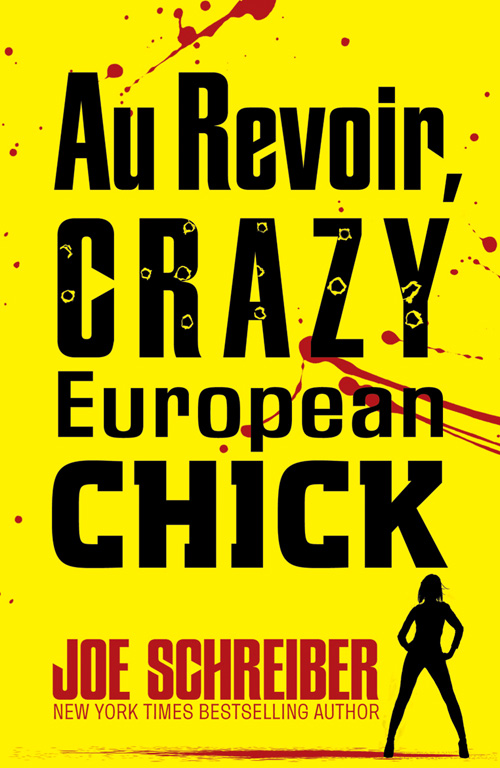 I thought it was chick lit and for the first couple of chapters I thought the protagonist was a chick too. Maybe it was the yellow cover, the silhouette of the chick or the set-up…talking school, friends, family life, foreign exchange students.

I was so wrong.

This was an action-packed, explosive, assassin fuelled romp through the streets of New York. Perry (the protagonist) quickly discovers that the family exchange student is more than she first appears.

There is absolutely nothing believable or plausible about the story. I can’t even tell you if it’s well written as I raced through it so quickly. But it was fun in a short attention span kind of way.

I’ve now handed it over to my B15 to see if it’s the boys own adventure that I think it really is.

P.S. I often get caught up in the different covers that appear for certain books and what it might say about the various countries concerned. The UK and Australian cover is the yellow one. The NY cityscape is the American cover and the German cover is red.

It’s prom night—and Perry just wants to stick to his own plan and finally play a much-anticipated gig with his band in the Big Apple. But when his mother makes him take Gobija Zaksauskas—their quiet, geeky Lithuanian exchange student—to the prom, he never expects that his ordinary high school guy life will soon turn on its head. Perry finds that Gobi is on a mission, and Perry has no other choice but to go along for a reckless ride through Manhattan’s concrete grid with a trained assassin in Dad’s red Jag.

Infused with capers, car chases, heists, hits, henchmen, and even a bear fight, this story mixes romance, comedy, and tragedy in a true teen coming-of-age adventure—and it’s not over until it’s “au revoir.”