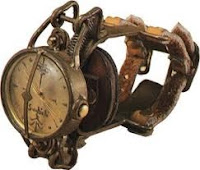 I’ve heard the genre ‘steampunk’ referred to quite a bit in recent times…and I realised I didn’t really know what it meant.

According to wikipedia it is,

a sub-genre of science fiction, alternate history, and speculative fiction that came into prominence during the 1980s and early 1990s. Specifically, steampunk involves an era or world where steam power is still widely used—usually the 19th century and often Victorian era Britain—that incorporates prominent elements of either science fiction or fantasy. Works of steampunk often feature anachronistic technology or futuristic innovations as Victorians may have envisioned them. 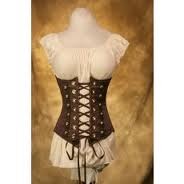 Or as one article referred to it as ”clocks and corsets stories”.
Steampunk is inspired by the Victorian classics of H G Wells and Jules Verne. Other examples of the genre are Cassandra Clare’s Infernal Devices series, Philip Pullman’s Dark Materials trilogy, Scott Westerfeld’s Leviathan books, Richard Harland’s Worldshaker, Phillip Reeve’s, Michael Pryor’s and Kenneth Oppal’s books just to name a few.

Michael Pryor’s steampunk renaissance blog
Steampunk’d on youtube
There are oodles of websites and links to steampunk fanatics out there – just start googling! There a people who not only enjoy reading the genre, but choose to live their lives with a steampunk aesthetic – clothes, furniture, art, architecture!

Now I just have to work out is ‘Shadow Web’ by N.M. Browne steampunk or dystopian…?